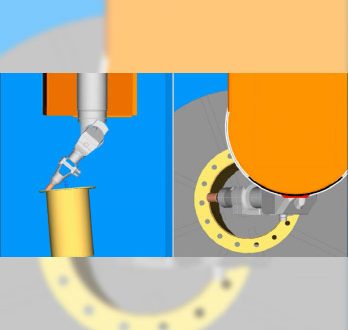 Prima Power Laserdyne’s SmartComp™ corrects the programmed position and angle of the laser beam in real-time for parts for which:

SmartComp can be used to compensate for both linear offsets and axis precession1 on parts processed using a rotary table, even if they are flat, round, conical, or contain curved surfaces. It is also useful for any application – welding, drilling, and cutting.

Figure 1: Video simulation of SmartComp for percussion drilling-on-the-fly of a cylindrical part that is both offset and tilted with respect to the center of rotation of the rotary table axis.

Figure 2: Video simulation of SmartComp for laser butt welding of a flange to a cylindrical part that is both offset and tilted with respect to the center of rotation of the rotary table axis.

Using the video examples in Figure 1 and Figure 2, Prima Power Laserdyne setup a real life example of the part that has an offset from the rotary table to demonstrate SmartComp in action. A sample workpiece was placed on a rotary table with one side lifted upward in the z-axis (similar to the parts in Figure 1 and 2). Using Prima Power Laserdyne’s OFC2 ABSOLUTE™ functions, the laser nozzle to workpiece variation was measured in the z-axis. Graph 1 shows the z-axis deviation between nozzle and workpiece. For optimal laser processing, the variation between the nozzle and workpiece should be minimal to near zero.

Graph 1. The total z-axis variation shown by the red line has a total range is 0.108 inches.

After implementing SmartComp and using OFC2 ABSOLUTE to measure the distance between the nozzle and the workpiece, the variation is dramatically reduced to essentially zero. The minor variation after SmartComp implementation was traced to the minor variation in the part surface. Graph 2 shows the distance variation between the part and the nozzle. With SmartComp correction in place, optimal processing distance is maintained. This yields more accurate laser processing, more consistency between parts, higher production yields, and improved quality. 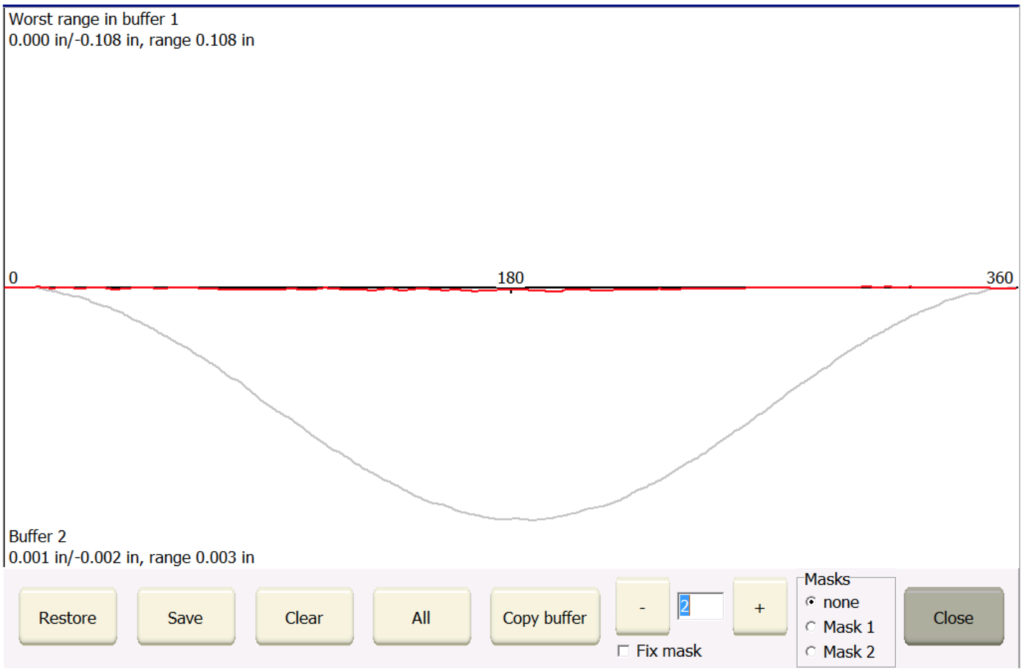 Graph 2. SmartComp corrects for the workpiece placement in the fixture to maintain optimal processing distance between the part and the nozzle.

Want to learn more about SmartComp and if it can be useful in your application? Contact Prima Power Laserdyne Sales at 763-433-3700 or e-mail us at lds.sales@primapower.com.

Prima Power Laserdyne manufactures 3D laser machines for precision laser processing. We also have a team of application experts who can help you with your part processing needs.

If this article was of interest…

If you found this article interesting, you may also want to read the following articles from Prima Power Laserdyne:

1 Precession is a change in the orientation of the rotational axis of a rotating body.