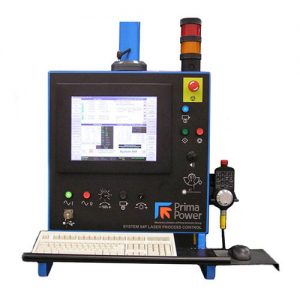 Failure of a hard disk is bad enough. However, it is much worse if you do not have a backup to use in getting back into operation.

A hard drive backup can be done at several levels. The most extensive backup is to create an image (also referred to as a ‘ghost’) of the hard disk drive (HDD) using a software application such as Acronis or Norton. Note that creating this backup may require the services of an IT specialist.

Acronis is one of several software applications available from retailers. It is also the one used by Prima Power Laserdyne to create HDD images. Creating an image has the benefit of backing up the operating system (OS), software applications, and all data files contained on the HDD.

A less thorough, but easier to perform, backup which can be completed by the machine operator uses the Laserdyne Backup Utility. Note that this backup does not include the operating system or work files.

How often should you create a backup?

Additional information on the Laserdyne Backup Utility can be found in the User Interface Section of the Laserdyne System 94P Operation and Programming Manual.